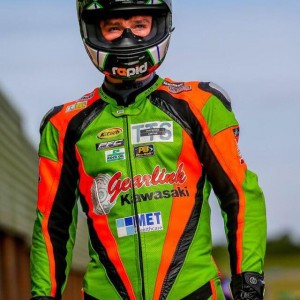 Rapid is proud to sponsor Glenn Irwin of Paul Bird Motorsport in the 2016 British Superbike Championship.

Glenn Irwin has described his first tests on the PBM Be Wiser Ducati as ‘the stuff of dreams’.

Irwin, who was drafted into Paul Bird’s team alongside four-time BSB champion Shane ‘Shakey’ Byrne for 2016, rode the Panigale R for the first time during a brace of two-day tests at Portimao in Portugal and the new Circuit Andalucia in Spain as he gained some valuable track time prior to his race debut in the opening championship round at Silverstone (April 8-10).

“Getting to ride a factory-backed Ducati is the stuff of dreams and it certainly didn’t disappoint me,” said the 25-year-old Carrick rider.

“It was everything I thought it would be and a little bit more so me and the team spent the early stages of the test dialling me into the bike. Everything about the Ducati is great: the power delivery, the chassis and the brakes, and we have only just started testing.

Rapid wish Glenn every success in the 2016 season, which commences at Silverstone on April 8-10.